Atlético De Madrid to be Sponsored by Falken

The Spanish club occupies the second position in the UEFA ranking, they are the current champions of the UEFA Europa League and they have just won the UEFA Super Cup in Tallin, Estonia.

The partnership includes the standard sponsorship right, with hospitality, presence in the Club’s sponsorship pool, promotional activities and branding and visibility in the Wanda Metropolitano at all the club’s home matches in La Liga and Spanish Cup. 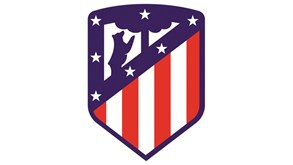 Falken expects this partnership to help the brand increase its visibility in international markets and address the relevant target group in a specific manner. In addition, the partnership will be used to implement dealer activations.

Iñigo Aznar, Atletico de Madrid Commercial Director commented about this cooperation: “We are keen to count with Falken as Atlético de Madrid sponsor for the current season. It is one of the world’s most recognized brands in their

“The cooperation with Atlético de Madrid is a central ingredient of the Falken brand's sports activities,” Markus Bögner, Managing Director and COO at Falken Tyre Europe GmbH, comments on their commitment.

Richard Wilson is a correspondent for The Tyreman. Since 2015, Richard has worked as a correspondent for all of the titles across the Valebridge Publications Ltd Group namely: Retreading Business, Tyre & Rubber Recycling, Commercial Tyre Business and Truck and Bus News. Richard has worked on/off from the age of 16 for the company and whilst gaining a Bachelor's Degree in Spanish and Business Studies at Coventry University, he developed his writing skills at the University paper and more recently writing his own independent blog.